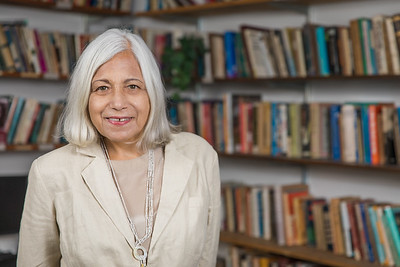 There is a difference between White Supremacy which now takes the form of episodic violence and white supremacy which is microaggression and white privilege as normal. Both majorities in the American major political parties are focused on what government should do to make life better for large numbers of Americans. The importance of such practical priorities, e.g., healthcare, increases the likelihood of defeat for progressives in politics who explicitly concentrate on racial identities and conflicts.  However, if and when the primary concerns of both political groups are emphasized and addressed, there would still remain live issues of racism and racists, which it falls to theorists to cogently explain and I’ll try to do some of that here. I will begin with a brief discussion of the racist residue (1) and move on to the nature of white supremacy (lower case) (2). A closer examination reveals that white supremacy is a status system of race (3). The intellectual history of the idea of race in the modern period shows that it has always been racist (4).  If race is viewed as a status, several puzzles can be solved and the discussion shifts from concrete racisms to the general intractability of racisms, which motivates a need to leave racial identities out of government, regardless of their importance within society (5).

Naomi Zack received her PhD in Philosophy from Columbia University and was  Professor of Philosophy at the University of Oregon 2001-18; before then she taught at the University at Albany. Zack joined Lehman College, CUNY as Professor of Philosophy, in Fall 2019. Zack’s newest book is Reviving the Social Compact: Inclusive Citizenship in an Age of Extreme Politics, (October 2018). Related recent books are: The Theory of Applicative Justice: An Empirical Pragmatic Approach to Correcting Racial Injustice (2016); White Privilege and Black Rights: The Injustice of US Police Racial Profiling and Homicide (2015) and The  Ethics  and  Mores  of  Race:  Equality after the History of Philosophy (2011, 2015). Additional monographs include: Ethics for Disaster (2009, 2010), Inclusive Feminism: A Third Wave Theory of Women’s Commonality (2005), the short textbook, Thinking About Race, 1998, 2006); Bachelors  of  Science: 17th Century Identity Then and Now  (1996);  Philosophy  of Science and Race (2002); Race  and Mixed  Race  (1993); an edited 51-contributor Oxford Handbook of Philosophy and Race (January, 2017). In progress is Progressive Anonymity:from Identity Politics to Evidence-based government. Zack is the winner of the 2019-20 PBK Romanell lectureship in philosophy and will be giving three lectures on Intersectionality at the Lehman campus in March 2018.