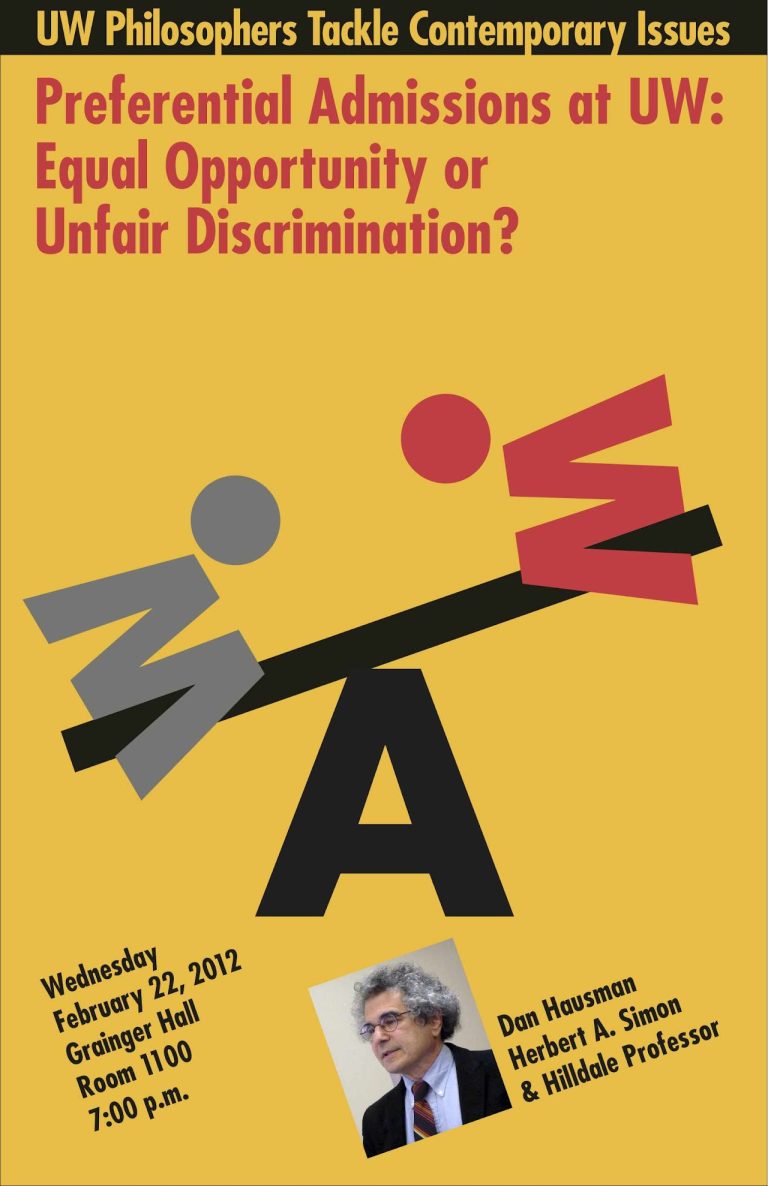 On February 22nd, 2012, Dan Hausman presented his talk entitled “Preferential Admissions at UW: Equal Opportunity or Unfair Discrimination?”. A recording of the talk is available here.

According to a news release from Center for Equal Opportunity this past October, African Americans and Hispanics are more than 1000 times more likely to be accepted at UW-Madison than White or Asian students — “the most severe undergraduate admissions discrimination that CEO has ever found.” How could such apparently extreme discrimination possibly be permissible? Indeed how can ANY discrimination be tolerated by the UW community? Dan Hausman, a philosophy professor here at UW, will argue that preferential admission of disadvantaged minorities is not unjust, and that it is a policy we should all support — though not for the reasons most people think.