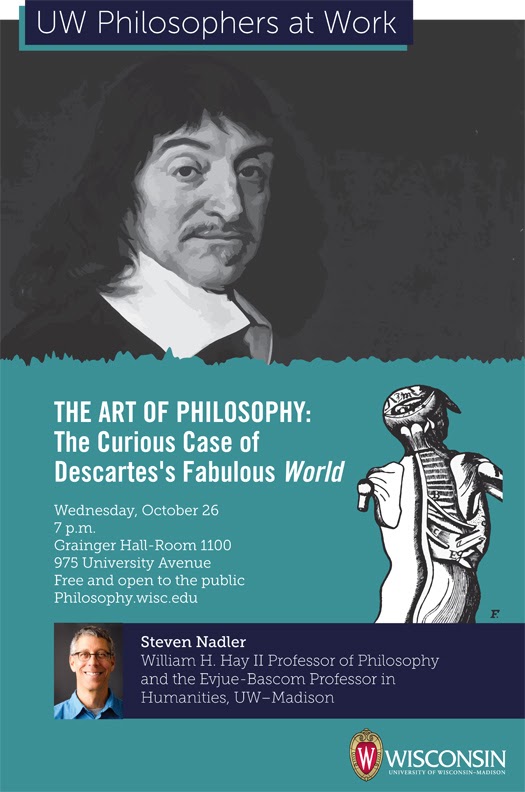 On October 26th, 2016, Steven Nadler presented his talk entitled “The Art of Philosophy: The Curious Case of Descartes’s Fabulous World”.

The condemnation of Galileo by the Catholic Church in 1633 really scared Descartes. He decided not to publish his first book, The World, since it also defends a Copernican view of the cosmos. When, after Descartes’s death, a friend prepared the work for publication, he realized that something was missing: pictures! But where was he to find them? And why were they needed? This lecture—a combination of philosophy, history of science and art history—will tell the story of the strange and frustrating search for illustrations for what can rightly be called “the book that made philosophy modern”.