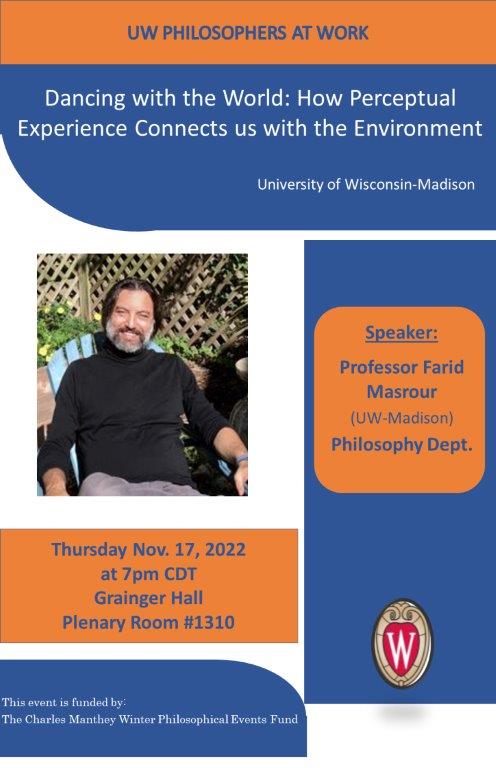 In an effort to promote the Wisconsin Idea, the UW-Madison Philosophy Department sponsors a lecture series entitled “UW Philosophers at Work.” Talks in the series are free and are open to everyone interested in attending. If you’d like to read an abstract of a given talk or see a video of the lecture, please see the UW Philosophers at Work Archive.

The inaugural lecture was given in February 2012 by Herbert A. Simon and Hilldale Professor Dan Hausman, on the topic of preferential admissions at UW. The second lecture in the series, entitled “Social Justice and Flagship Public Universities,” was given by Prof. Harry Brighouse in October 2012. The third lecture in the series was given by Emma Goldman Professor of Philosophy Claudia Card, on the topic of “Genocide and Social Death,” in April 2013. On November 7th, 2013, former UW Philosophy Department Chair Professor Russ Shafer-Landau continued the series with a lecture titled “On Marriage Equality.”

This year, Farid Masrour will present “Dancing with the World: How Perceptual Experience Connects us with the Environment” at 7pm CDT on Thursday, November 17. You can attend the lecture in person in the Grainger Hall Plenary Room 1310. A poster for the talk is attached to this email. We invite you to join us and to invite others as well!