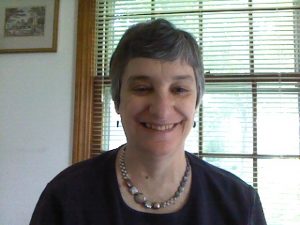 Professor Gottlieb’s research concerns ancient Greek philosophy, especially issues in Aristotle’s ethics and metaphysics. Her work includes a book-length analysis of and commentary on Books I and II of Aristotle’s Nicomachean Ethics for Project Archelogos (2001), “The Practical Syllogism” in The Blackwell Guide to Aristotle’s Nicomachean Ethics ed. Richard Kraut (Blackwell, 2006), The Virtue of Aristotle’s Ethics (Cambridge, 2009, pbk 2012), the chapter on Aristotle’s Ethics for the Oxford Handbook of the History of Ethics ed. Roger Crisp (Oxford, 2013), with Elliott Sober, “Aristotle on ‘Nature Does Nothing in Vain’”, HOPOS VII 2, 2017, 246-271, and “Aristotle on Self-Knowledge” in Self-Knowledge in Ancient Philosophy ed. Fiona Leigh (Oxford, 2020). She also writes the entry on Aristotle on non-contradiction for the Stanford Encyclopedia of Philosophy (last updated, 2019). She was Central Divisional Representative to the Board of Officers of the American Philosophical Association, 2012-15, and was awarded an NEH fellowship for 2018-19 to complete her book Aristotle on Thought and Feeling (Cambridge, forthcoming, January 2021).