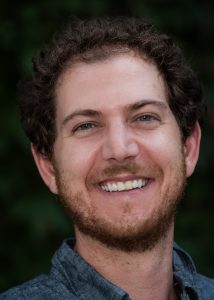 Professor Messina’s research deals with issues in Kant’s mature theoretical philosophy (such as his views on space, laws of nature, philosophical methodology, modality, and the role of the understanding in perception). He also works on earlier German philosophers who had a strong influence on Kant (such as Leibniz, Wolff, and Crusius) and later German philosophers who were strongly influenced by Kant (such as Reinhold, Schulze, Fichte, and Hegel). His recent publications include “Kant’s Stance on the Relationalist-Substantivalist Debate and its Justification” (Journal of the History of Philosophy 2018); “Kant’s Necessitation Account of Laws and the Nature of Natures” (Kant and the Laws of Nature 2017, edited by Michaela Massimi and Angela Breitenbach); “The Relationship between Space and Mutual Interaction: Kant Contra Newton and Leibniz” (Canadian Journal of Philosophy 2017); and “Conceptual Analysis and the Essence of Space: Kant’s Metaphysical Exposition Revisited” (Archiv für Geschichte der Philosophie 2015).