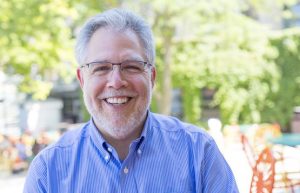 Professor Shafer-Landau’s primary interest is in ethics. He is the author of Moral Realism: A Defence (Oxford 2003), Whatever Happened to Good and Evil? (Oxford 2004), The Fundamentals of Ethics (Oxford 2010), Living Ethics (Oxford 2018), and, with John Bengson (Texas) and Terence Cuneo (Vermont), Philosophical Methodology: From Data to Theory (Oxford 2022). He is the editor of Oxford Studies in Metaethics, and is the founder and organizer of the annual Madison Metaethics Workshop (MadMeta). He is also the director of the Marc Sanders Prize in Metaethics. Shafer-Landau served as President of the American Philosophical Association (Central Division) in 2021. He is currently working on a large collaborative project with John Bengson and Terence Cuneo that seeks to offer a new vindication of nonnaturalist moral realism: The Moral Universe (Oxford 2023) focuses on the metaphysical and normative dimensions of morality, while Grasping Morality (in progress) attends to its epistemic, psychological, semantic, and action-theoretic elements.