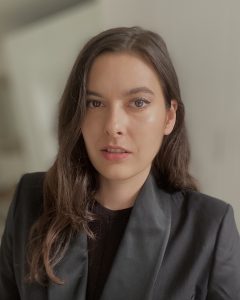 Before joining the UW-Madison’s Department of Philosophy, Professor Zimmermann was a permanent Lecturer (US equivalent: Assistant Professor) at the Department of Philosophy at the University of York (2020-22), and a postdoctoral fellow at Princeton University (2018-20), with a joint appointment at the Center for Human Values and the Center for Information Technology Policy.

Professor Zimmermann’s research has been published in the Canadian Journal of Philosophy and in Philosophy and Public Affairs, and their recent public writing has appeared in the New Statesman and in the Boston Review. Professor Zimmermann frequently advises policy-makers and technologists working on contemporary ethical and political issues surrounding AI and other forms of technology, including UNESCO, the OECD, the Australian Human Rights Commissioner, the German Aerospace Center, the German Federal Ministry for Economic Affairs and Energy, the UK Parliament, and the UK government’s Centre for Data Ethics and Innovation.